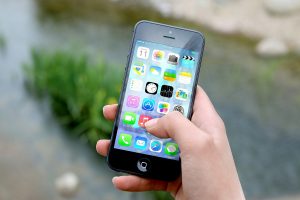 It’s hard to communicate with someone who has aphasia because this condition limits how a person talks, understands, reads and writes. Aphasia is usually a result of a stroke. Most strokes are caused when the arteries leading to the brain are suddenly blocked. When this happens, brain cells are deprived of oxygen and begin to die. Depending which brain cells die, stroke survivors will lose different abilities.

The National Aphasia Association lists eight forms of aphasia. Aphasia can be so severe that communication with the person is almost impossible, or it can be very mild. Sometimes, a single aspect of language is affected. Perhaps the person can’t retrieve the names of objects. He may not be able to put words together to make a sentence. Sometimes, the words he strings together aren’t related at all. Usually, several aspects of communication are affected.

Tips on Communicating despite Aphasia

Just because a person cannot speak, doesn’t mean he can’t understand. After Ayal suffered a stroke and was affected with aphasia in 2009, he and his wife Julie had to learning how to communicate. “Ayal needs face to face contact to understand best,” says Julie. “He needs to hear every word. It also helps if people slow down when speaking to him. Not because he can’t hear clearly, but because it takes time to process the information,” she says.

Be an attentive listener.

Seeing things in writing helps, so Julie will WhatsApp Ayal an invitation of an upcoming wedding instead of calling to remind him about it. “Ayal has become very adept at cutting and pasting, so he’ll WhatsApp me a picture of three cartons of milk when we’re out of milk and I’m at the grocery,” says Julie.

“When Ayal missed his bus stop and got off in the wrong place, he couldn’t tell me where he was, describe his surroundings or text his location. Instead, he took a photo and sent it to me,” says Julie.

Aphasia affects about two million Americans and the numbers are growing. The condition is actually more common than Parkinson’s Disease, cerebral palsy or muscular dystrophy, but most people have never heard of it. “Aphasia has been called the ‘silent disability,’ says Julie. “You can easily spot someone in a wheelchair. Society is aware of the wheelchair-bound and the world is now accessible to them. In contrast, it isn’t obvious that someone has lost the ability to access words.” Let’s communicate despite aphasia.